Eyelift surgery, formally known as blepharoplasty, targets sagging, droopy skin under the eyes and contributes to a more refined and smooth appearance. Whether completed on the upper or lower eyelid, the surgical procedure requires 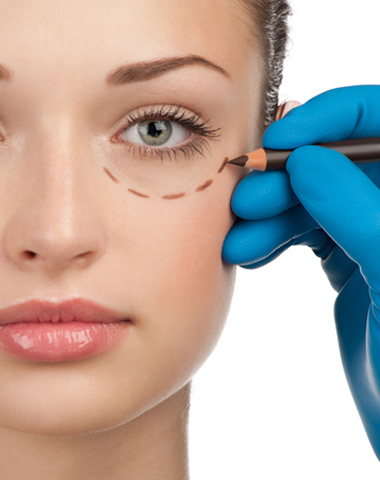 a series of miniscule incisions that remove fat tissue contributing to saggy eyes. Some individuals are demotivated by the nature of this minor surgery and are hesitant to take the step towards rejuvenation. Blepharoplasty is a successful surgery. However, sometimes persuasion is best served on a dish from previous patients. As such, we have combined some feedback from individuals who had eyelift surgery to help you determine if it’s the best decision for you.

A woman, who credits her drooping as to heredity, arrived at the surgery centre at 6:30 a.m. and returned home at 10:00 a.m. On the same day she expressed, “It’s crazy how something so big and life changing can take so little time”.  Having been put under general anesthesia she admitted the worse part was getting the IV put into her arm. Following the surgery, she was in great spirits and had mild swelling, which is normal.  Her words: “Overall it is a great improvement and I hope that it only gets better!”

The Wait is Over

A patient waited seven years before committing to blepharoplasty and “not without hesitation”.  After waking up from the anesthesia, she mentioned that she could feel her eyes leaking down her face, but despite how it looked, she did not need to take the prescribed Endone as the pain was not as bad as it look, immediately after surgery. In fact, she expressed that, surprisingly, she was not in much pain at all.

A 51 year-old struggled with droopy eyes during her thirties. At 51, she finally decided to book a consultation. Her fear of surgery has kept her stagnant. Though she has not completed blepharoplasty as yet, she is encouraged. She states, “the more I look at before and after photos of people who have had eye lid surgery, I feel that 99% of these individuals look BETTER, and I feel it is something that I should do.”

I love my face; I just want the bags gone

Being comfortable in your skin is so important. A patient who had bilateral lower blepharoplasty expresses, “I’m so happy with the improvement and I had a great surgeon…I want to keep my eye shape, but I just want the bags gone”. She loves the results.

Deciding whether blepharoplasty is for you can be challenging and it shouldn’t be taken lightly. Some of the patients above were hesitant. Take advantage of consultations, ask your dermatologists and surgeons as much questions as you can, and make the best decision for you.