Mornings usually begin with a hesitant awaking from a slumber among fluffy pillows and sheets, a light stretch to alert your muscles, and a hot cup of coffee to kick start your day. Coffee is the 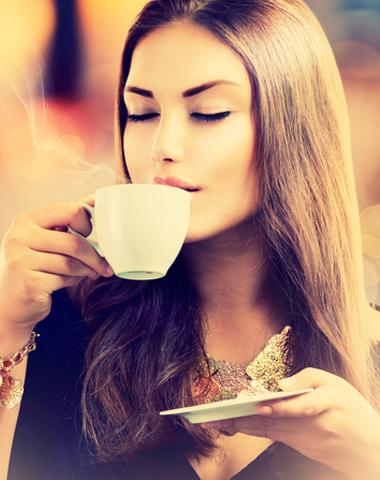 easiest preservative of energy and many people rely on its effects for productivity. But what is doing to your skin? Does it have any effect at all? Well, coffee has been a subject of study for quite sometime, particular with respect to skin cancer. Specifically, caffeine has been shown to prevent ultraviolet radiation-induced carcinogenesis and prevent the growth of melanoma cells.

By definition, melanoma is a malignant tumor that starts in melanocytes, which are cells responsible for making melanin. When melanocytes start behaving abnormally it can lead to cancer. For example, the anomalistic moles have a greater probability of developing melanoma.

In a 2015 study conducted by Shaowei Wu et al., caffeine intake and coffee consumption were assessed to gage the risk factors of cutaneous malignant melanoma. Researchers tested participants’ health, medical records, and dietary exposure by obtaining medical records to track medical history and food-frequency questionnaires respectively. Following the four-year assessment, Wu et al., found that “higher caffeine intake and caffeinated coffee consumption was associated with a lower risk of cutaneous malignant melanoma”. On the other hand, there was no association found between consumption of decaffeinated coffee and risk of melanoma. Additionally, the inverse association with caffeine intake and caffeinated coffee consumption was more apparent in women than in men. The researchers note that these results are consistent with others. Caffeine is capable of disposing of sunburn cells by enhancing “UV-induced apoptosis”. Further studies have also shown that the administration of caffeine could contribute significantly to the removal of DNA-damaged cells.

Based on this research, it is fair to conclude that coffee or caffeine is not a terrible start to your day or skin, however it is limited by research and pre-existing medical conditions.